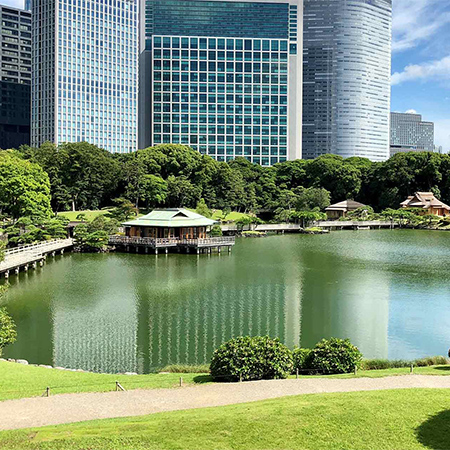 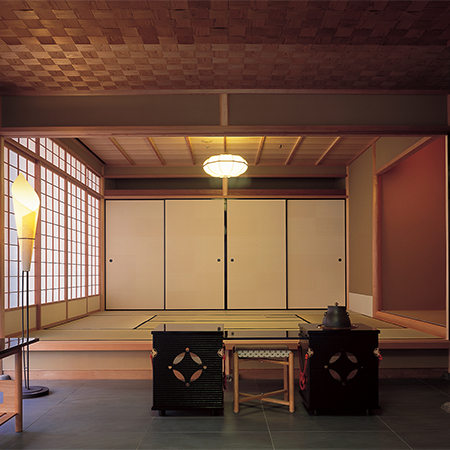 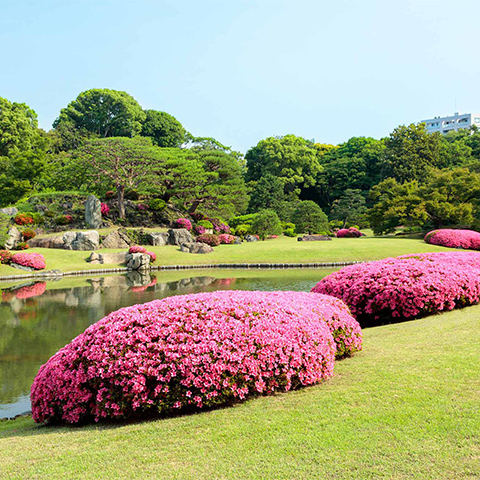 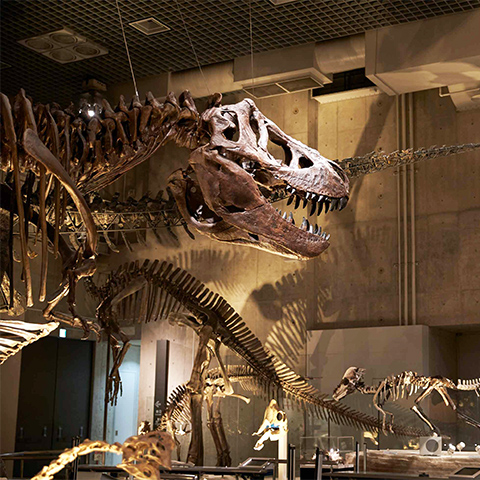 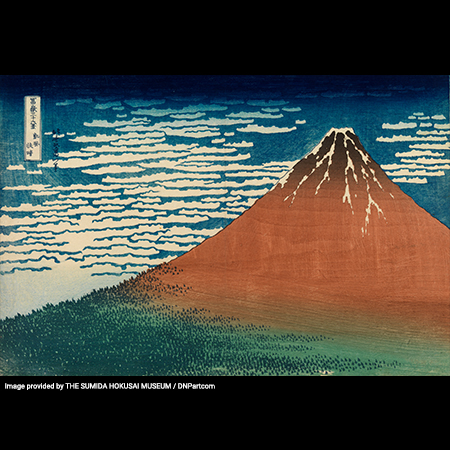 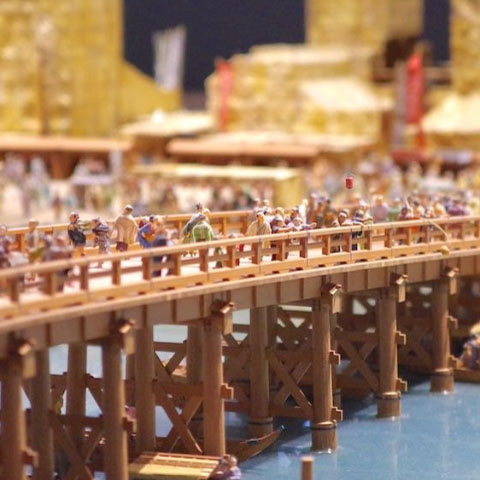 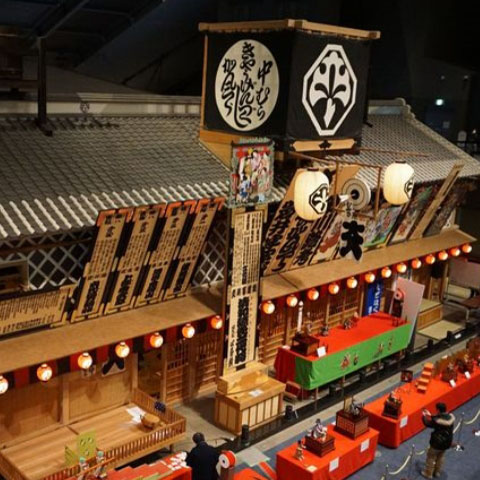 Full array of must-have and popular cultural facilities in Tokyo

Click here for the notification of attractions.
There may be limited access to some exhibitions with the PASS at some of the target attractions.
Please check the information before purchasing.

The Tokyo National Museum (TNM) is the oldest institution of its kind in Japan.
TNM exhibits artworks, archaeological artifacts, and other cultural propeties from Japan and other regions of Asia.
We are further advancing the museum as a “Gateway to Japanese Culture” or “Face of Japan,” a place that provides accessible introductions to Japanese culture together with opportunities to become familiarized with Japanese traditions. 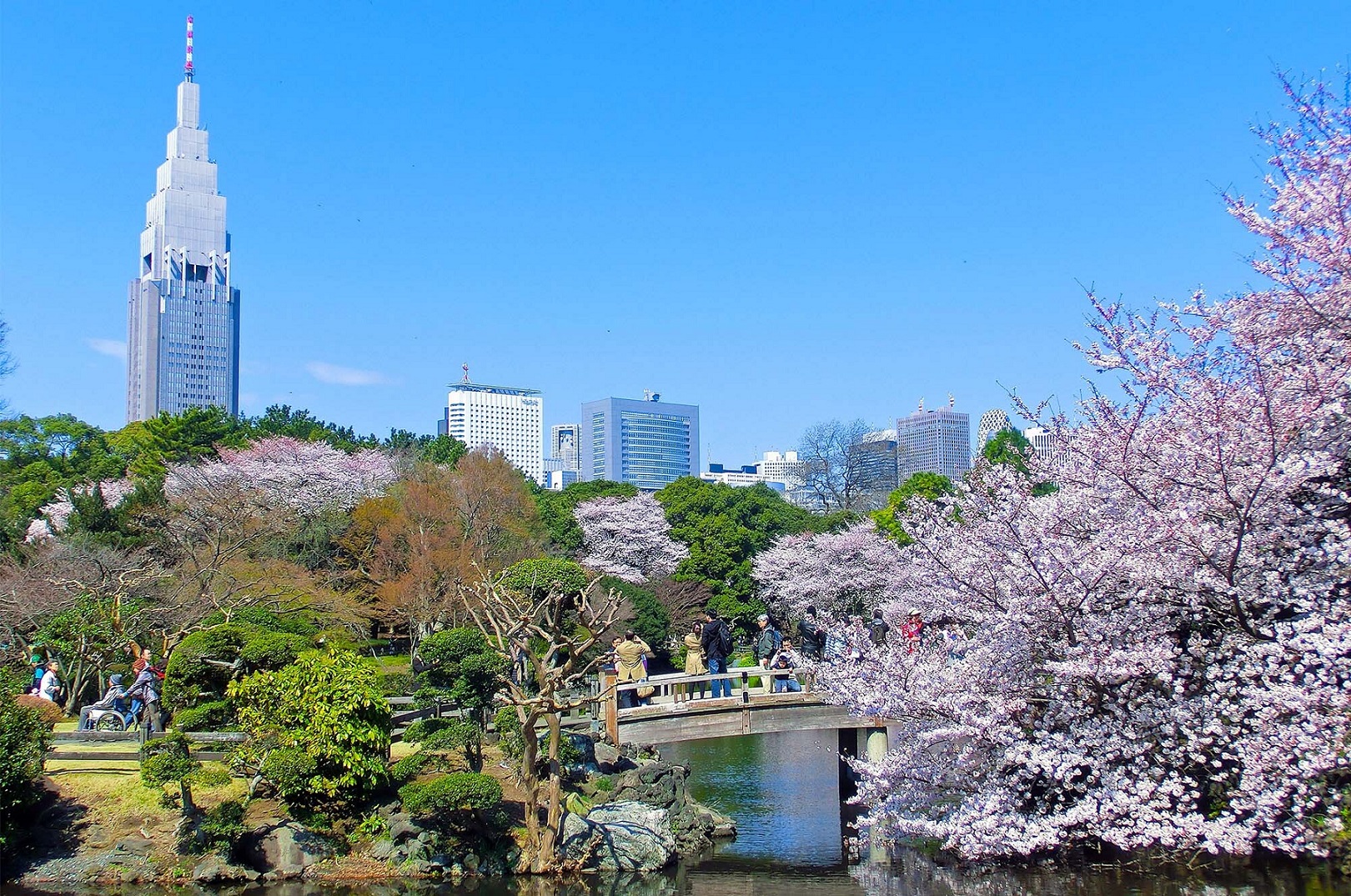 This is the urban oasis with 58.3 hectares, constructed on the site of Daimyo’s mansion in the Edo period. This characteristic garden has well-balanced combination of European style garden and Japanese one. It was once made as a garden for the Imperial Family, however, became a national park later and attracts widespread popularity today. Located on the 53rd floor of Roppongi Hills Mori Tower, this is an international contemporary art museum. It holds special exhibitions of art, architecture, and design with a unique perspective. It is open until late at night, which is a part of its appeal.

Miraikan – The National Museum of Emerging Science and Innovation

This national museum of science provides visitors with an advanced science and technology experience. Through a variety of exhibitions and other programs, you can experience ongoing science and technology on different scales, from simple questions to the latest technologies, the global environment, the exploration of the universe, and the mysteries of life.

This museum was founded to disseminate Japanese sword culture. In addition to Japanese swords, which are said “Arms were enhanced to artistic crafts,” the collection includes armors and ancient records. Many national treasures and important cultural properties are also housed there.

This is a popular spot among domestic and international tourists. The museum is located approximately 200 meters from the Harajuku Gate of Meiji Jingu where Emperor Meiji and Empress Shoken were enshrined and exhibits the items associated with them.

Located near the Imperial Palace, this is the first national museum in Japan. The museum houses one of the largest collections of Japanese art from the Meiji period to the present with more than 13,000 masterpieces in various genres. In spring, you can enjoy beautiful scenery of cherry blossoms in the Imperial Palace from the museum.

The museum features Katsushika Hokusai, Japanese ukiyo-e artist. You can follow Hokusai’s history of art works, which were arduously created up to his 90s. The novel design by Sejima Kazuyo is also highlight in the museum. The museum is located in Tokyo Midtown, Roppongi. It houses a collection of approximately 3,000 art works, including national treasures and important cultural properties and holds the thematic exhibitions for Japanese arts, such as paintings, ceramics, lacquerware, and glassware.

The garden is a typical Daimyo garden of the Edo period, which has a pond created by drawing seawater and using ebbs and flows of tide. The beautiful contrast between the surrounding skyscrapers and the pond in the garden is a quite a sight.

This is one of the two major gardens of the Edo period together with Koishikawa Korakuen. The highlight is Shidarezakura (weeping cherry tree). It produces a full branch of light pink flowers around the end of March. The cherry tree is reminiscent of a cascading waterfall and the scenery is beyond description.

Opened in 1882, this is the first zoo in Japan. While located in the center of Tokyo, this urban-type zoo has sustained the nature and its scenery. Along with popular pandas, approximately 350 different species and 3,000 animals are reared in the zoo.

Directed by three leading designers in Japan, Miyake Issey, Satoh Taku, and Fukasawa Naoto, this is the research center for design, the place to think about design, and the field for manufacturing.

This is the first museum in Japan to specialize in Nihonga. The collection encompasses approximately 1,800 works mainly in Japanese-style paintings, including ancient pictures, ukiyo-e, oil paintings and 6 important cultural properties. The museum displays 5 to 6 exhibitions throughout the year.

This museum is directly connected to the station. Its collection includes approximately 4,000 fine arts and crafts and over 130,000 postage stamps in Japan and Asia, which were collected by the Mitsui family with a history of 350 years since the Edo period. 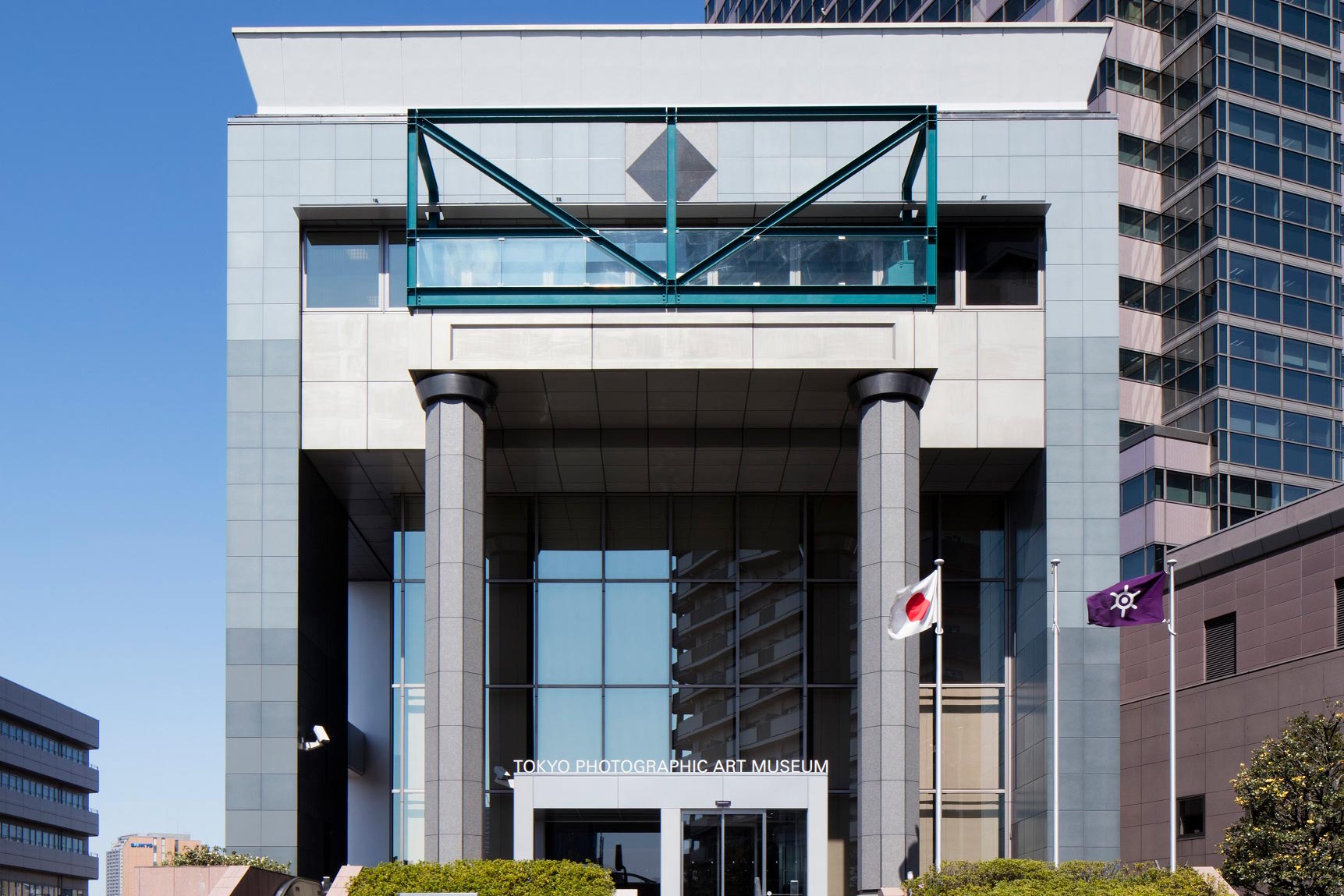 This is one of the few museums in the world that specialize in photography and moving images. The museum annually holds more than 20 exhibitions including solo exhibitions of prominent artists in Japan and abroad in its three galleries.

This is the art museum in which you can enjoy exhibitions and a lush green garden that make use of the Former Residence of Prince Asaka in Art Deco style and its space. The residence is one of the national important cultural properties.

THE SHOTO MUSEUM OF ART

The calm and quiet museum is located in a residential district of Shibuya. Featuring the thematic exhibitions of various genres, the museum also provides some activities to support art education. It has a reputation for its unique perspective and high-quality exhibitions.

National Museum Of Nature And Science

This is the only comprehensive science museum on history for nature and science technology in Japan. Preserving more than four million of collections, the museum also exhibits many valuable documents, which are unique to Japan.

This is the open-air museum that relocates 30 historical buildings of great cultural value and restores, preserves, and exhibits them. The museum with rich nature also holds seasonal events and exhibitions to make use of the buildings. The Gallery in front of the avenue lined with Ginkgo trees in Meiji Jingu Gaien exhibits the 80 masterpieces that show the revolution of Meiji Restoration, achieved mainly by the Meiji emperor and his brave figures and historic scenes. This gallery is the symbol of Jingu Gaien and is a valuable cultural asset along with its architecture. The aquarium exhibits a huge tank of bluefin tunas, which has realized the world’s first schooling of pelagic fish, penguins swimming around in one of the largest habitats in Japan, and other numerous species of creatures. The park, adjacent to the aquarium, has the Ferris wheel, the artificial beach, and the Birds Sanctuary so that the whole family can enjoy them.

This is the only botanical park in Tokyo, which is divided into 30 blocks according to the types of plants, such as Rose Garden, Azalea Garden, Plum Garden, and Bush clover Garden. You can enjoy the plants themselves and beauty of flowers in all seasons.

This botanical garden has a collection of tropical and subtropical plants.The large greenhouse is designed to resemble a tropical rainforest, and consists of three sections: Dome A, with a large waterfall and water plants; Dome B, with fruit trees and tropical village; and Dome C, with a collection of rare species from the Ogasawara Islands. Residual heat from the waste incineration plant is used as energy for air conditioning in the garden.

While the garden was built as the main residence of the Iwasaki family who was a founder of Mitsubishi in 1896, the Western and the Japanese style houses still exist. The Western style house was designed by the British architect Josiah Conder. You can see the sophisticated Japanese style architecture of the time from the Japanese house, and in particular, its large hall.

The garden was created by top writers and artists in the Edo period, which is popular, has many followers for all four seasons, and has a touch of elegance.

This is a stroll garden with the woods and the pond representing the Meiji era, in which the method for landscaping of Daimyo gardens of the Edo period was modernized. About 10 cherry trees are planted and the garden offers a quiet place to enjoy the cherry blossoms away from the hustle and bustle of the city. 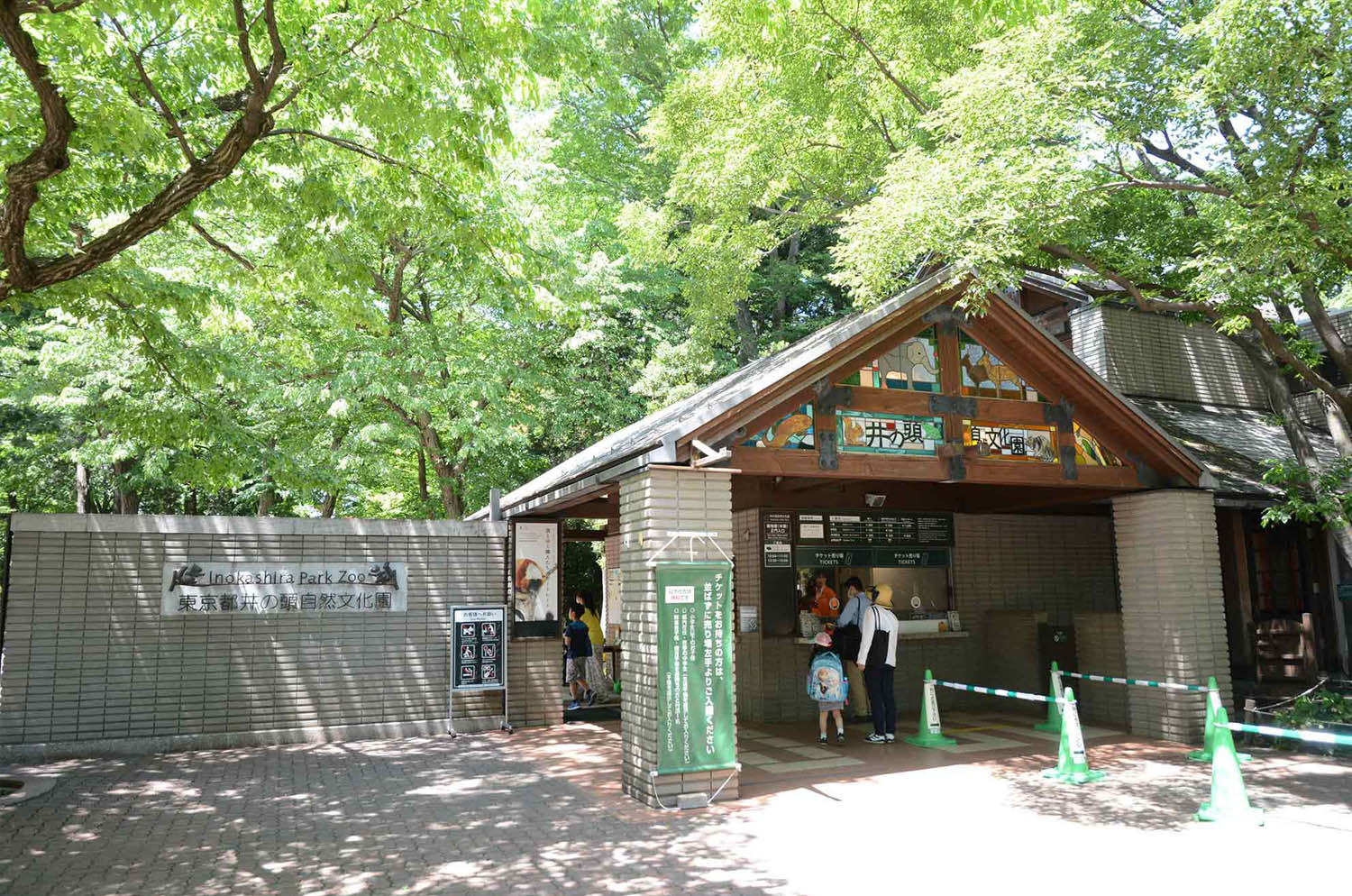 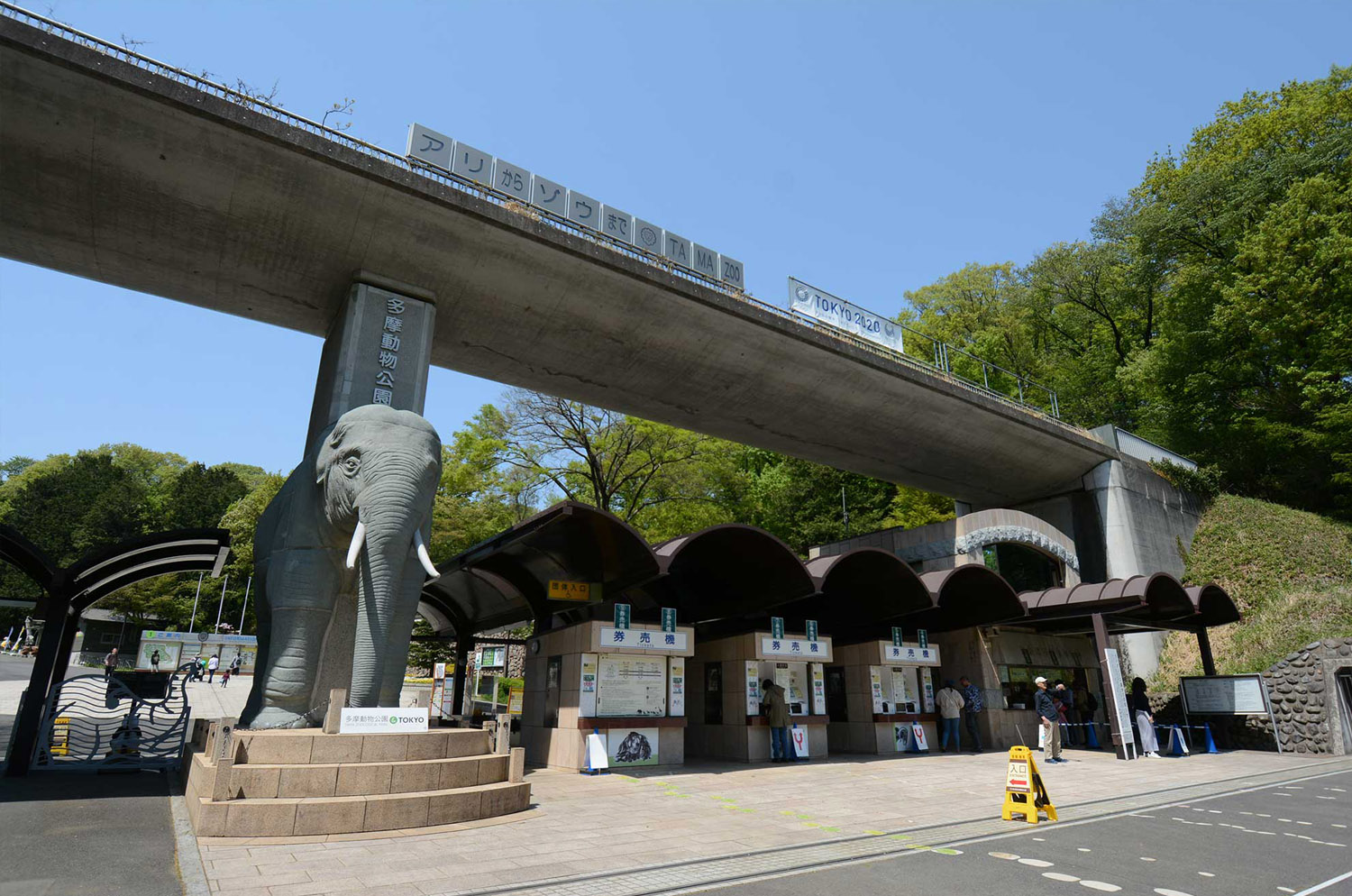 This unique zoological park is based on the principle of showing animals without fences. The park is more than 50 hectares and one of the largest zoos in the world. Surrounded by rich nature, a variety of rare animals live in there.

This botanical garden is approx. 20-hectare and you can enjoy the animals and the plants according to four seasons, which are unique to Japan. The pine tree in the garden still retains the atmosphere of the Daimyo Garden in Edo era.

TOKYO METROPOLITAN MUSEUM opened in 1926 as the first public art museum in Japan. The museum holds special exhibitions where visitors can enjoy masterpieces from Japan and abroad, public exhibitions by art organizations, and a variety of thematic exhibitions. Anyone can visit the restraurants and the shop in the museum.

This is one of the Daimyo gardens from the Edo period that still exists in Tokyo.
The rock formation with a variety of vintage stones are worth viewing.

This Japanese-style garden was created in the early Edo period, located next to Tokyo Dome.
Along with Rikugien, Koishikawa Korakuen is one of the two major gardens of the Edo period. The autumn leaves in the garden around the large pond is overwhelming.
Designated as a National Special Historic Site and Special Place of Scenic Beauty.

While the Western-style house is built on a small hill, the western garden is on the slope and the Japanese-style garden is located on a low-land area. This characteristic garden is a valuable example of the early Taisho period, where the fusion of traditional methods and modern technology has achieved a splendid harmony of Japanese and Western styles.

This garden was created by making use of the natural landscape. The landscaping technology that changes the atmosphere with trees, such as the open lawn field on the cliff and the spring-fed pond under the cliff, is one of the highlights.

The Museum opened in spring 2010 in Tokyo’s Marunouchi district. Located 5 minutes’walk from JR Tokyo Station, it holds three temporary exhibitions a year with the focus on late nineteenth and early twentieth-century modern art. The red brick building is a recreation of the Mitsubishi Ichigokan,designed by Josiah Conder and originally completed by Mitsubishi in 1894.The collection is centered on Western art at the end of the nineteenth century, the era from which the building dates. The building also houses Cafe 1894, Store 1894,and the interactive Archive Room where visitors can experience the history of Marunouchi.

THE TOKYO PASS includes the museum pass and the unlimited ride subway ticket.
We have 3 plans that you can choose depending on the days you need.
* PASS is valid for 6 months after purchase. Just scan the QR code to enter the attraction!

Save your precious travelling time. THE TOKYO PASS allows you just to launch the app and scan the QR code. You cannot be interrupted by cumbersome procedures, such as filling reservation form and standing in line at ticket counter. ※"QR Code" is a registered trademark of DENSO WAVE INCORPORATED in Japan and in other countries.